Into the second week


My week in review:

A pretty disappointing week of training. I put this down to a couple of issues:

1) End of the month is always busy at work trying to get as many jobs complete and this month was pretty lean fee wise at work so I needed to knuckle down and put in some hours in the later part of the week.

2) I have come to the realisation that I am actually pretty apprehensive about training for an Ironman, especially IMWA. I had a race I was really proud of in 2011 which of as result of hard, solid training. I need to get back into the head space I was in 2011 and I am not there yet! One step at a time...

The beginning of my training diary to Western Australia - Week 1

I have been 'in and out' of triathlon during the past two and a half years and today I am making the commitment that I am 'all 'in' for the next 12 months as I prepare for Ironman Western Australia 2014 and for Challenge Roth in 2015.


My week in review:

A little light on the training but I am easing into a routine slowly! Legs were pretty sore after my 12km run on Saturday...

Will be interesting to see this weekly summary grow over the next few months.


Posted by Andrew Tyack at 7:51 PM No comments:

Here are a few photo's from my experience at the Great Wall Marathon! 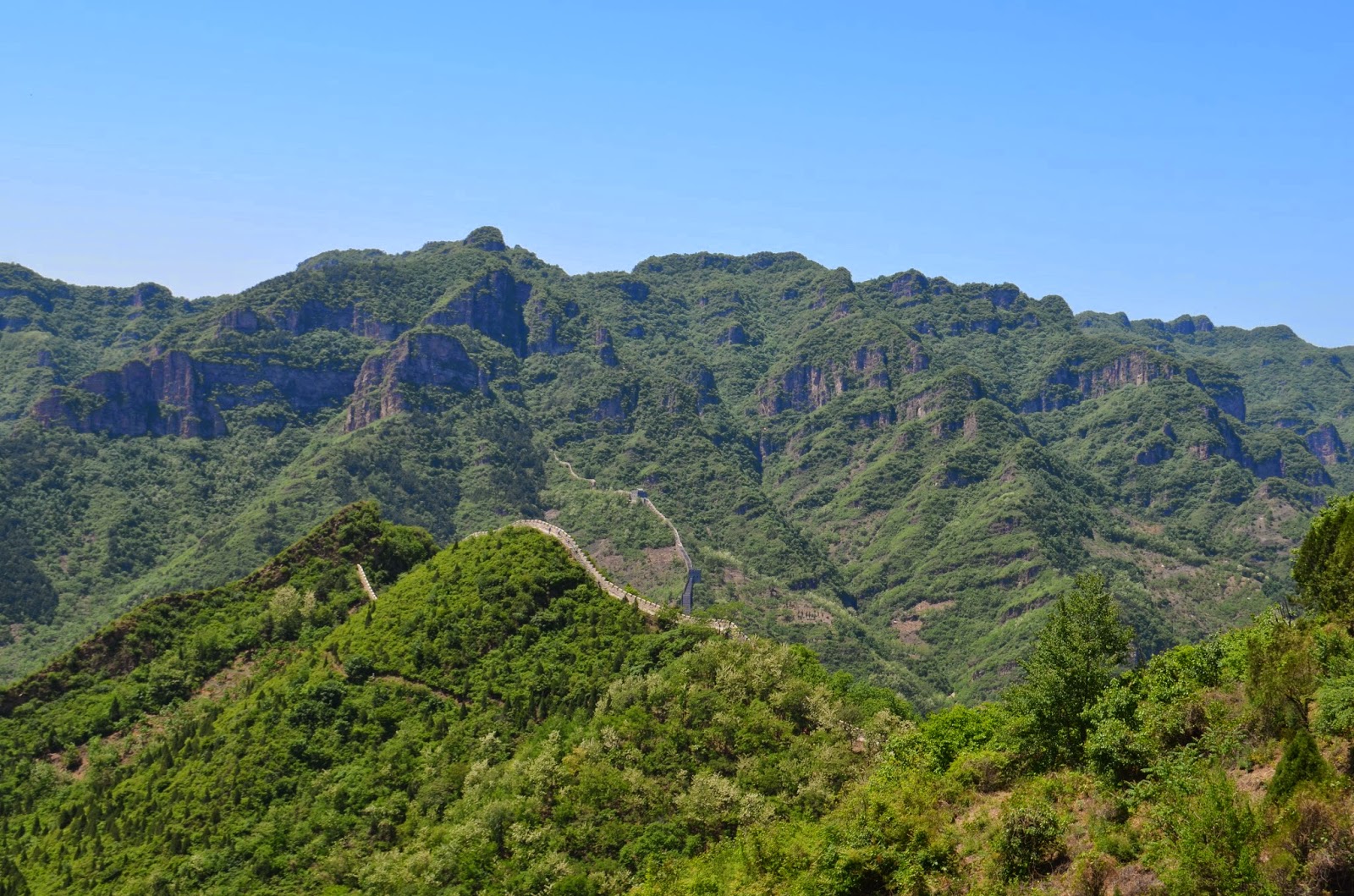 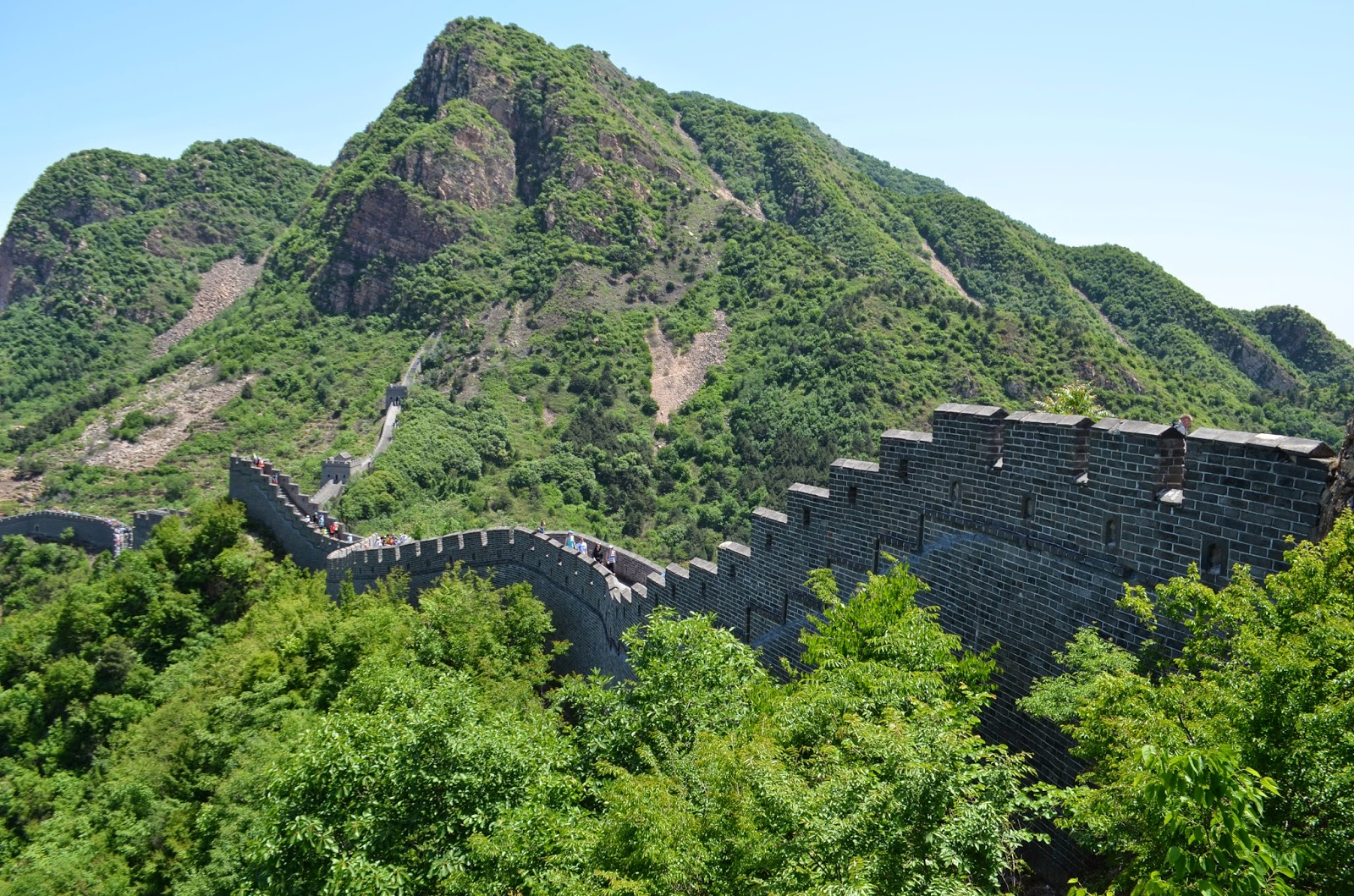 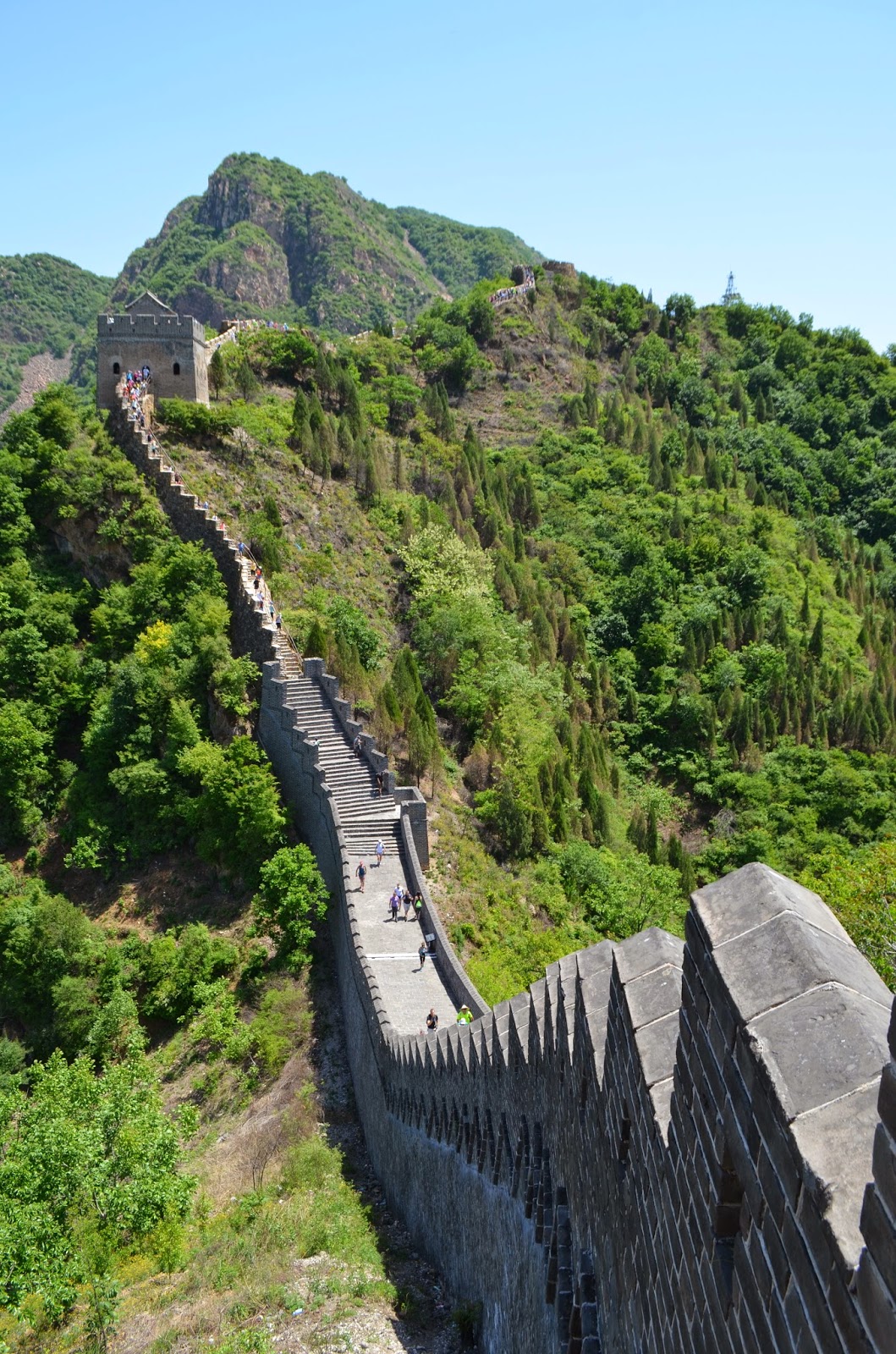 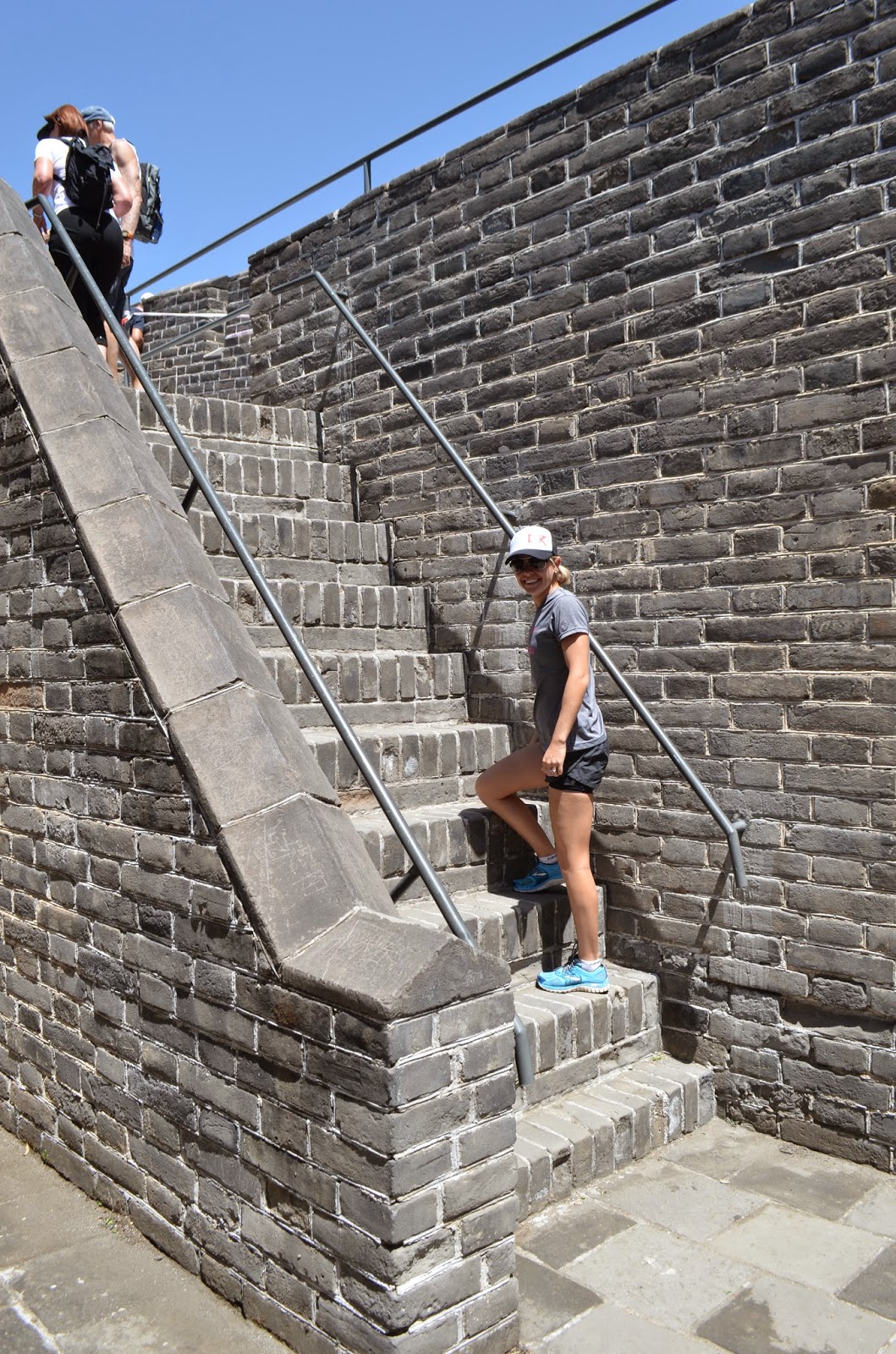 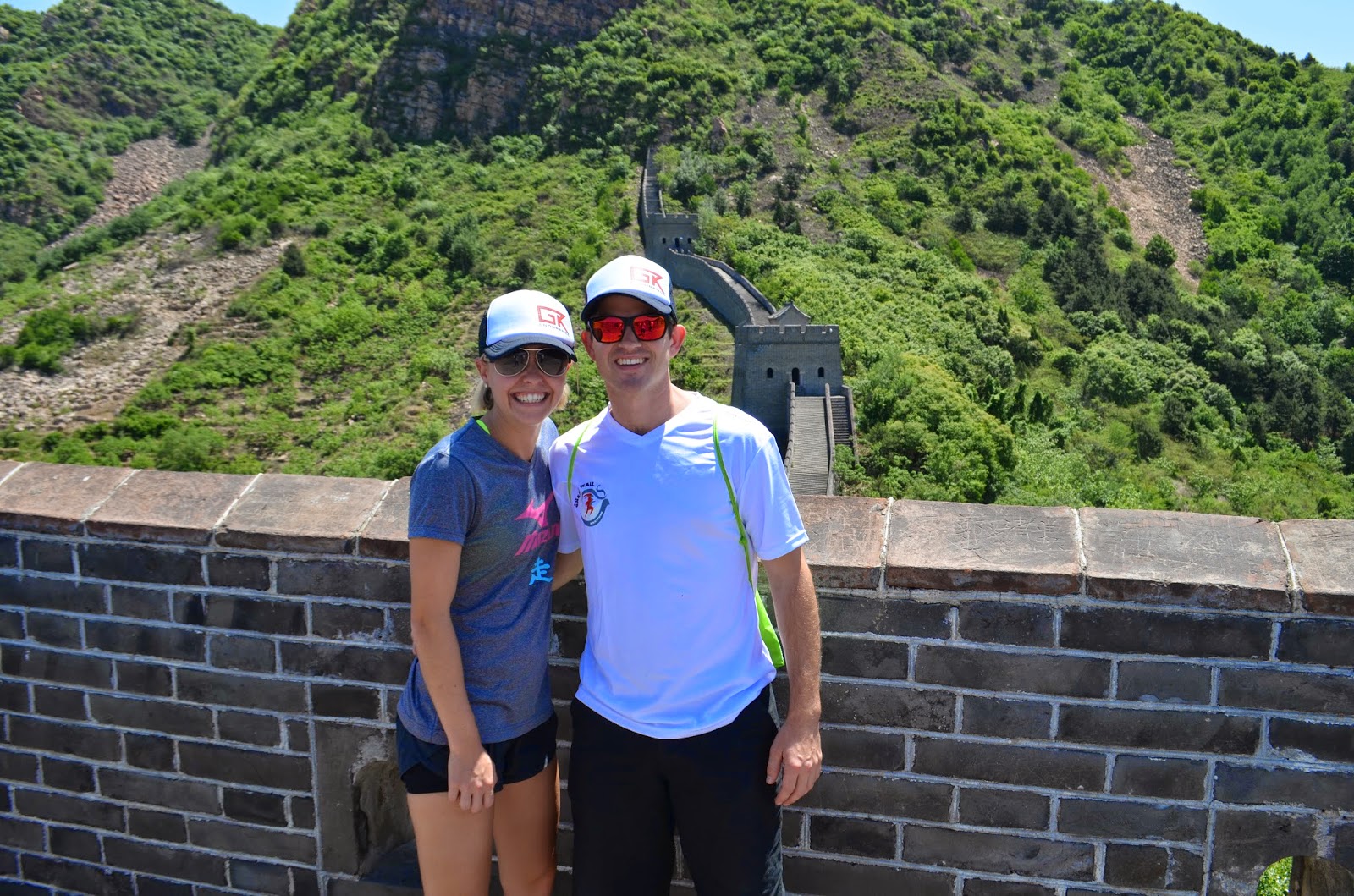 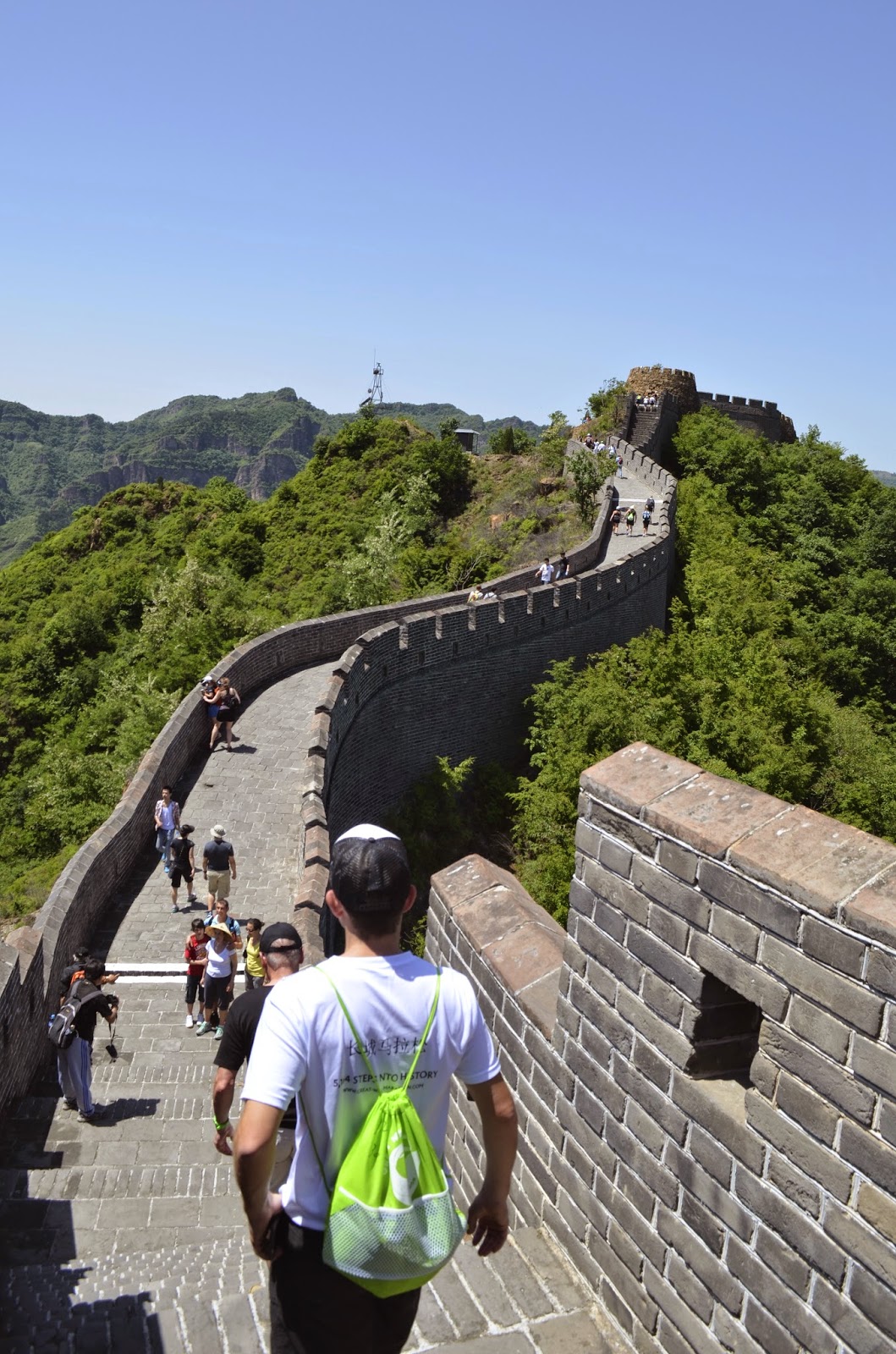 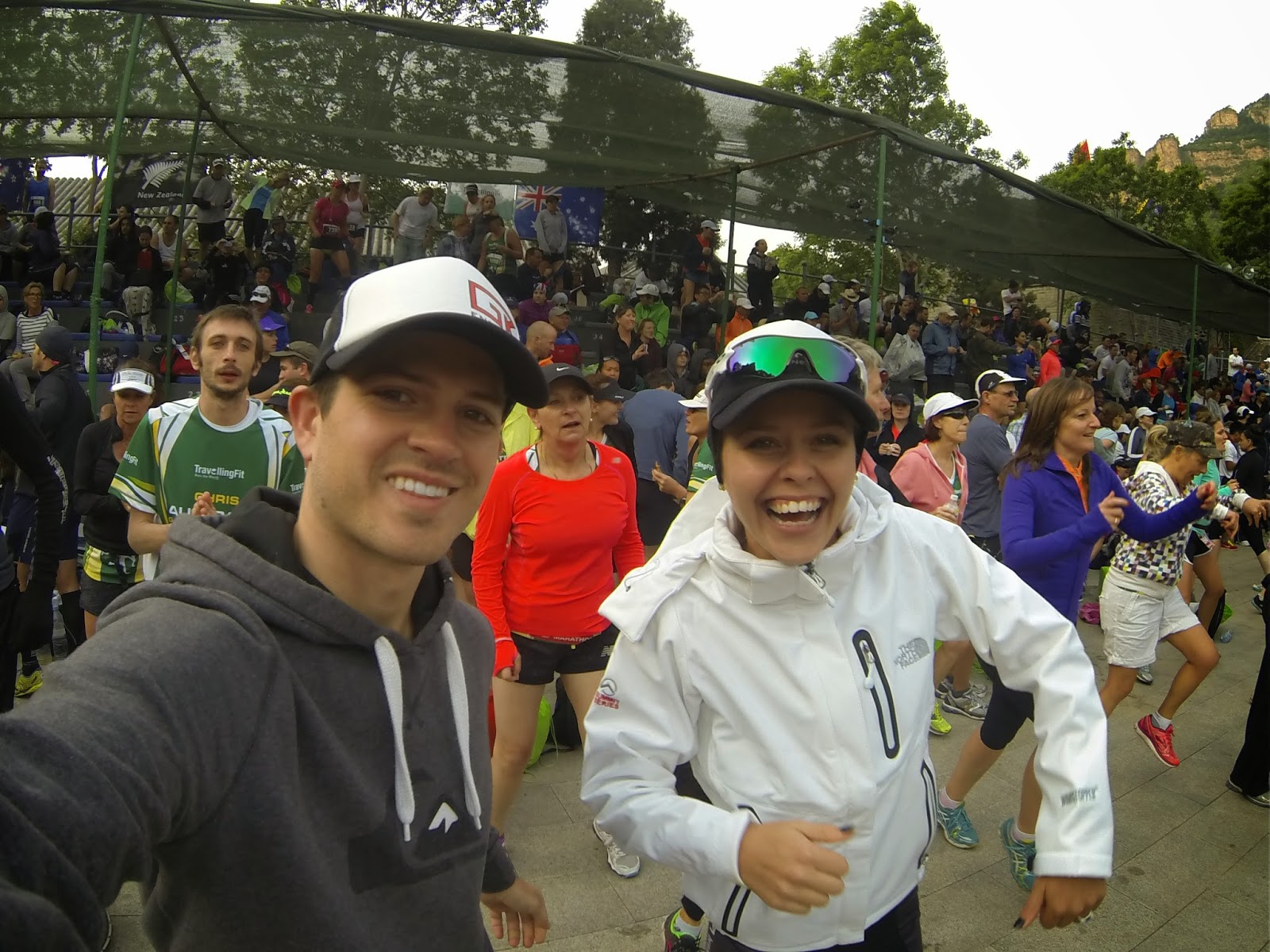 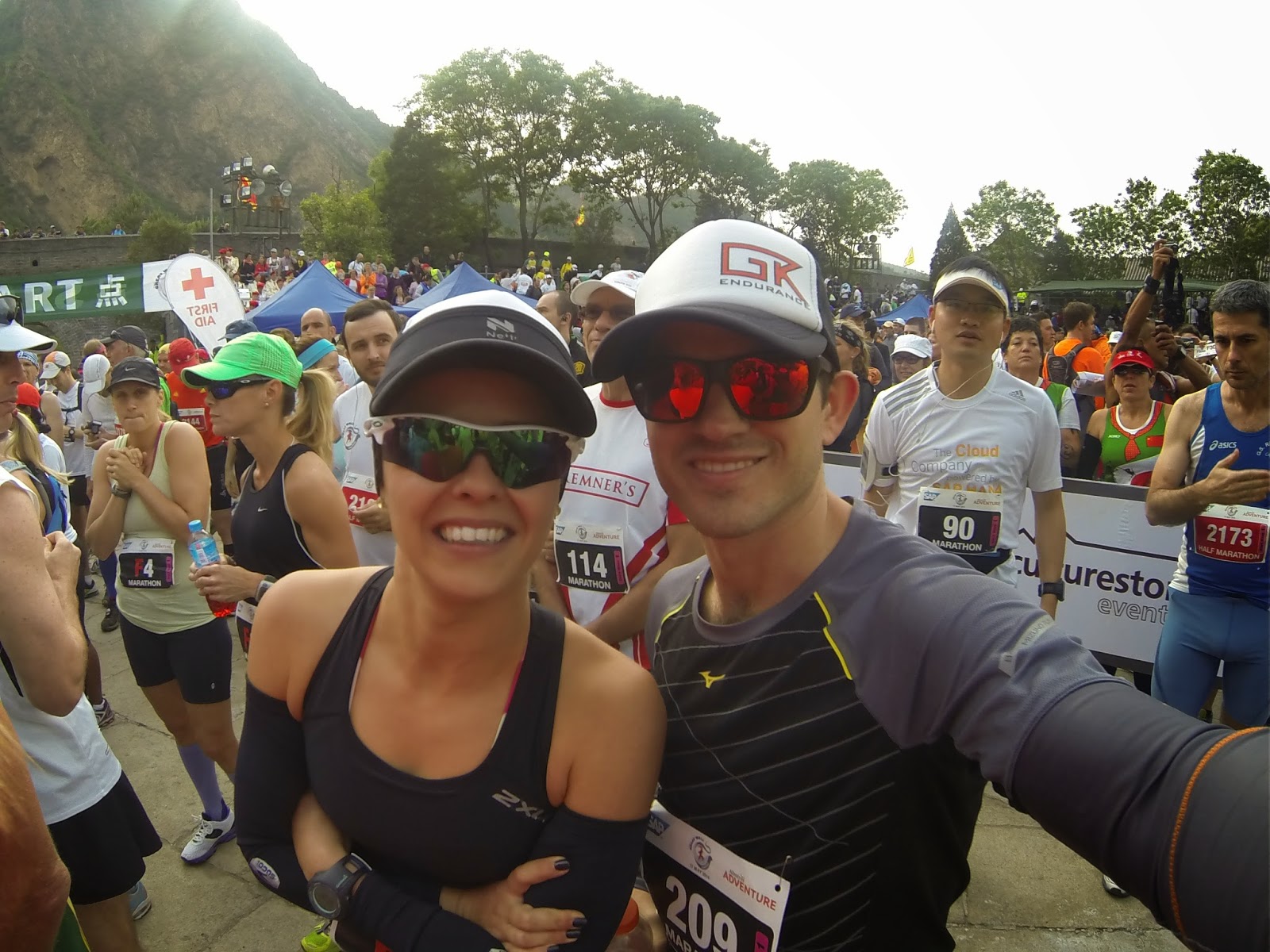 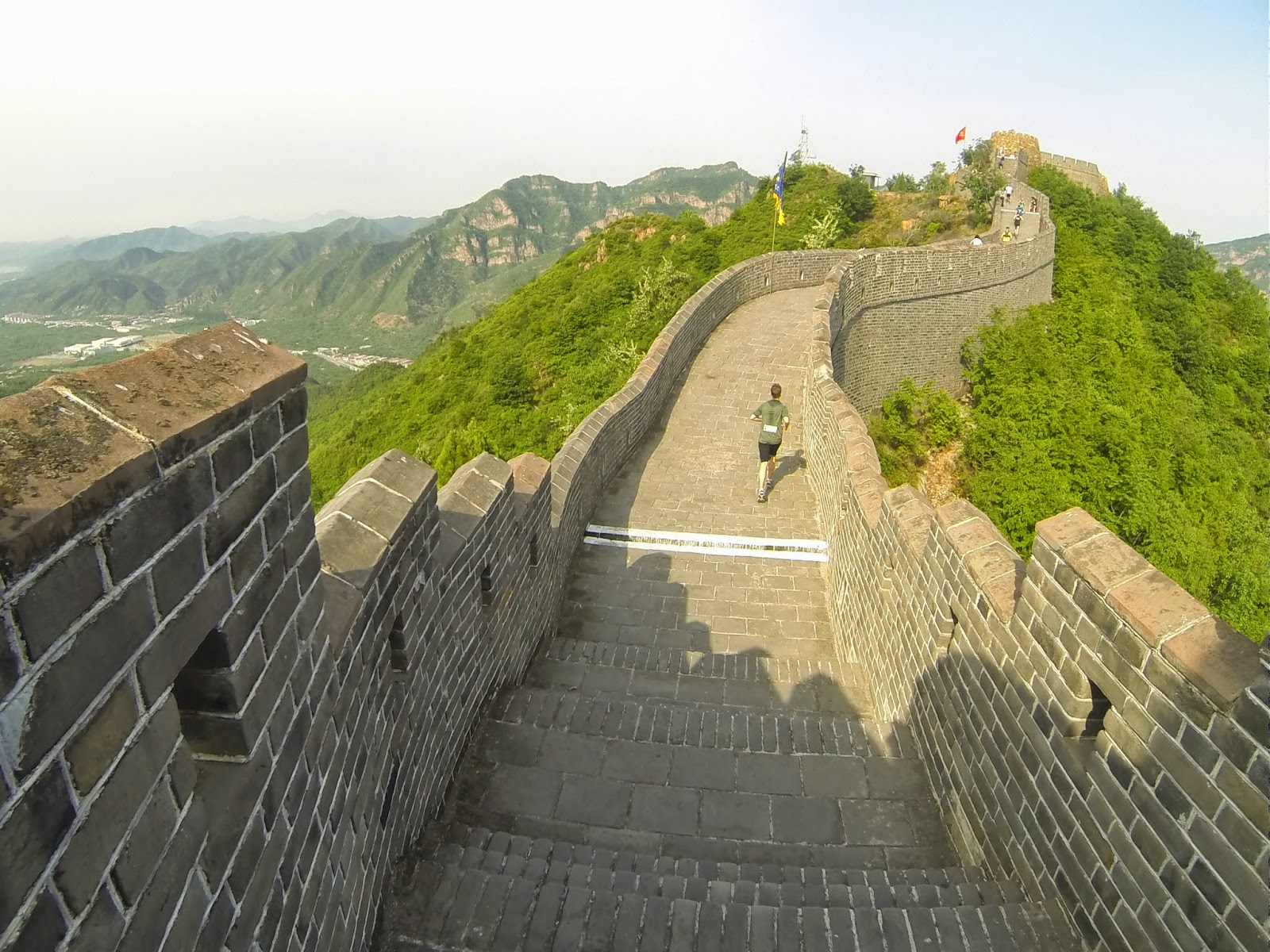 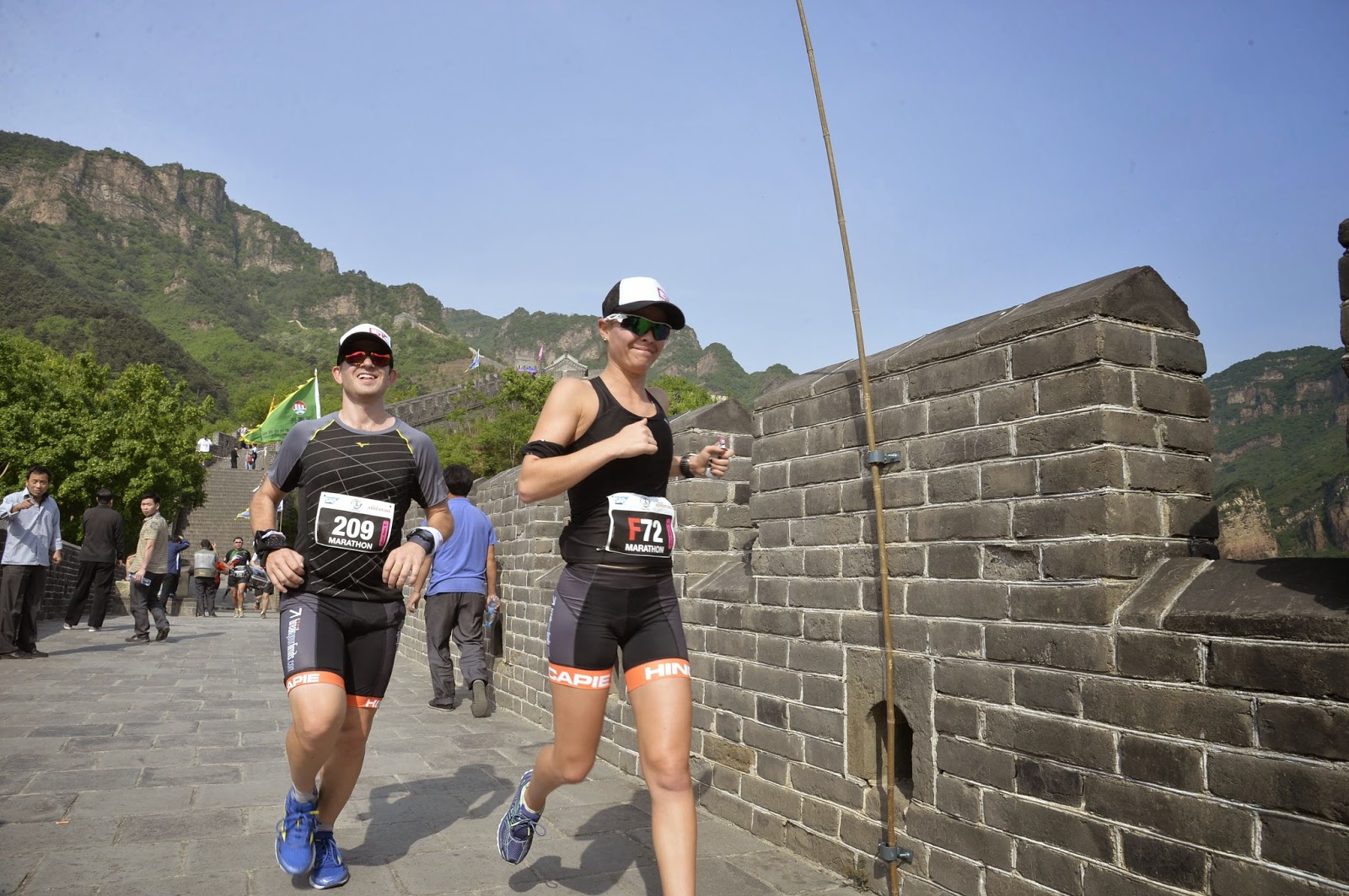 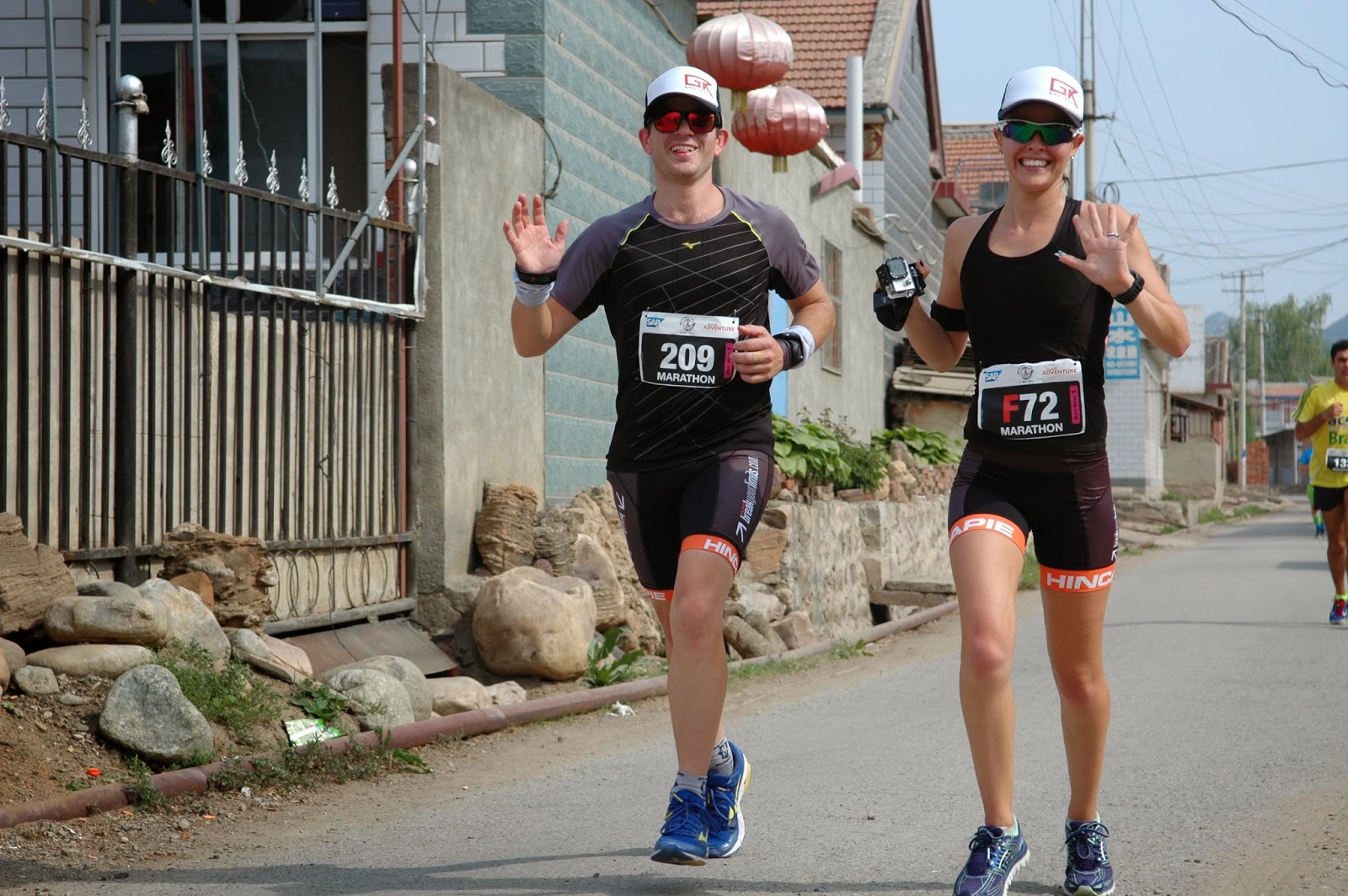 Posted by Andrew Tyack at 8:37 PM No comments:

I am feeling motivated (enough to actually write a blog relating to triathlon!) and I am really enjoying the training I have been doing over the past couple of months. It has been limited to only running, however I will be making a comeback on the bike tomorrow morning. Happy days!

Lisa and I have a pretty exciting year or racing ahead and I am look forward to working towards achieving the goals which I have set.

We travelled over to Melbourne at the start of February to compete in the inaugural Challenge Melbourne (half ironman). I rolled around the course in 4.41 finishing 8th in my age group, Lisa went around in 4.40 (yes she beat me) and took out her age group - check out her race report here.

Our focus has now shifted to running in preparation for the Great Wall (of China) Marathon with is a short 7 weeks away! We will be in China for two weeks and we are really excited to experience the race and the country. 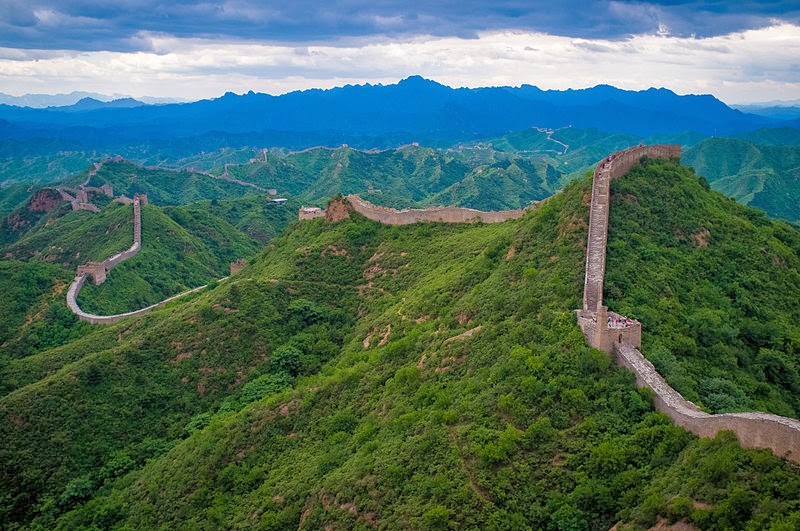 As for the second half of 2014, Lisa will be racing Metaman Half Ironman, which is held on Bintan Island (Indonesia) and is just off Singapore as her lead in race to the Ironman World Championship in Hawaii in October.

For me, I will be a spectator for those two races and it will be my go towards the end of the year at Ironman WA.

There has been some discussion about a race in March 2015, however that is yet to be decided.

The main race for 2015 will be Challenge Roth, which is a race I have wanted to do since I became interested in Ironman racing.

We are trying to make the most of the sport while we can! It's going to be a fun few year :-)
Posted by Andrew Tyack at 7:25 PM No comments:

An update on my fresh start!

After a six month hiatus from triathlon, I am about to officially re-commence my triathlon journey!

My last blog entry was my race report from Ironman Cairns in June and since then I have done almost nothing! The last six months has given me a chance to take a step back from participating in the sport and allowed me to get my head back in the right place.

I now have a LONG road back to fitness and racing at a competitive level, however I am pumped to get started!

Ironman WA was on Sunday and as always, I went down to watch, however this time it was to watch my fiancé Lisa race her first Ironman. Lisa has been the sole 'triathlete' in the family the past 6 months and her hard work paid off on Sunday as she finished in a time of 10.00.56, 1st in the 18-24 girls and broke the course record for her age group. Not a bad Ironman debut! She did not accept her Kona spot at IMWA as she already punched her ticket at Mandurah 70.3 a month earlier! Lisa's twin brother (my future brother in-law) Mark is also off to Kona (qualified at Mandurah) and finished 2nd at his Ironman debut in Busso! - the Luckin Twins are off to Hawaii...

It is always very motivating watching Ironman WA and this year was no exception, so much so that I have entered for next year!

So the come back is on with my goal being Ironman WA 2014. Along the way there will be Challenge Melbourne in February, Great Wall of China Marathon in May, possibly Sunshine Coast 70.3 in September, a trip to the Big Island of Hawaii in October to support Lisa and Mark, Mandurah 70.3 in November and finally IMWA in December.

Andy
Posted by Andrew Tyack at 9:25 PM No comments:

It was a late start to the day with the age group wave of the ironman race starting at 7.55am. I seeded myself towards the front of the group and after the initial argy bargy, I settled into a nice rhythm. I was feeling really great heading out for the first lap however once we turned at the far end, I realised that may have been because we had some assistance with the tide… the return lap was pain and I felt like I was moving very slowly. The second lap was much the same, but by the return section I was excited to get out onto the bike!

A quick run through to T1, I picked up my gear bag and with the help of the volunteers was out onto the bike for the next 5 hours.

The days leading into the race were windy and race day was no exception. We had a wonderful tail wind for the first 65km up to Port Douglas and then as you can imagine the polar opposite on the return leg (much like the swim…). The bike course is spectacular. Once passing Palm Cove we were along the coast up to Port Douglas. I struggled into the head wind from 90km to 140km and my legs came out to play in the last 50km.  I managed to get with a group for the last part of the ride which helped me A LOT!

I entered T2 with the race clock around the 6.05 mark, 4mins down from Amos Gollach who was destroying our age group. The plan for the run was simple, go out at a conservative pace for the first 15mins and then build into the marathon. Well the first 15km were perfect and then things started to fall apart. The first half of the run is lonely and windy before we get back into town, where we have two and a half 8km laps to complete. Once in town the support is amazing. Running down the Esplanade is awesome, all the bars, cafes and restaurants were packed with spectators, music was pumping and the atmosphere was amazing.

It was a long day out on the road for me however I made it to the finish and I enjoyed the Ironman experience. I smiled all day (apart from a few tears during the run) and high fived every spectator who wanted one.

Ironman Cairns is an awesome event which I would recommend to everyone! The course, the crowds support, the atmosphere and the organisation of the event is world class and what better way to recover than relaxing is tropical far north Queensland.

A huge thank you to Lisa, Dave and Teresa for coming over to support me! Also so all the other WA crew who were out there racing and supporting, thanks for the cheering and to everyone that finished, well done!

Finally, to LMW Hegney, Team Break Your Limits/Kswiss and my coach Bill Scanlan for your continued support in my Triathlon endeavours!

Now it is time to hand the Ironman batten over to Lisa who will be racing Ironman WA in December! 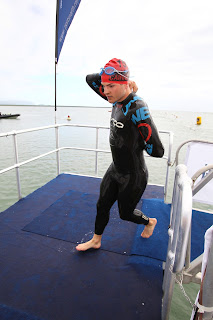 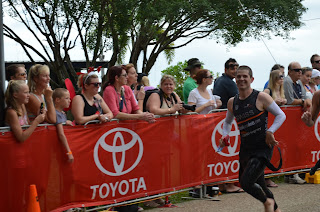 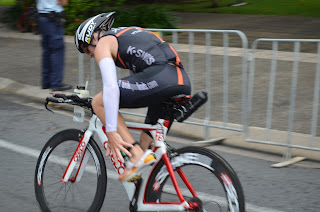 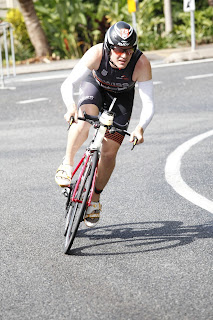 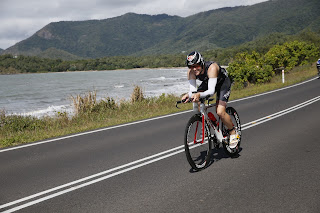 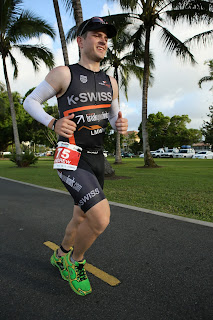 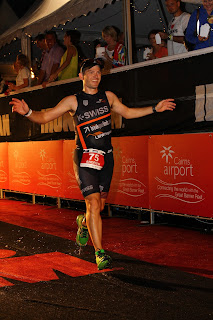 Posted by Andrew Tyack at 7:32 PM No comments:

The journey to Auckland 70.3


I made the decision a few months ago to kick off my 2013 season at the inaugural Ironman 70.3 Auckland. The race has a lot on offer... It is the Asian Pacific Championship and has qualifying spots to both the Ironman 70.3 World Championship and the big one... the Ironman World Championship in Hawaii. My goal this season is to qualify for Hawaii and I have chosen two races which offer qualifying spots (Auckland 70.3 & Ironman Cairns)… I’m heading to Auckland for one reason!

My training block leading into this race has been solid with some really specific half ironman work on the bike and run to get me firing for this race. I am confident with my physical preparation and am looking forward to getting back to some fast racing!

For those interested (and have a spare 10 minutes) checkout the video fly through the course. The event organisers have done an excellent job putting this video together.


I would like to thank everyone who has supported me and continues to support me chase my goals! In no particular order:


·         Lisa – Is by far the most important person in my support crew. No words can describe the unqualified support she gives me and I will be forever grateful.

·         LMW Hegney – The unconditional support I get from my workplace allows me to chase my goals while still paying off a mortgage. Thanks for the kind words!

·         Team Break Your Limits/K-Swiss – The BYL crew welcomed me into the team in 2012 and I am really grateful for the opportunity to join such a great group of people. It comes with the added bonus of training and racing in the super comfortable and awesome K-Swiss shoes! A BIG thank you to Bill Scanlan for getting me to the start line in good shape!

·         Total Triathlon – Chad and Dan with the assistance of triathlon guru Stuart Durham have supported me with all my triathlon needs. Looking forward to working with TT in the future! If you have not been to the shop I recommend you stick your head in, much better then shopping online (although they do have that facility if you need). Support the locals who support the sport.

·         Schnell – What can I say, these wheels are FAST. Thanks to Karl for all his support and belief in me. Looking forward to pushing the limits on the wheels on Sunday.

·         CEEPO­– I was introduced to the CEEPO bikes by Ian Mansfield in 2011 and I have not looked back. I am racing on the Venom once again (a personal favourite). Thanks to Marc-Andre for the added incentive to get the ‘golden ticket’ to Kona.
Posted by Andrew Tyack at 2:34 PM 1 comment: